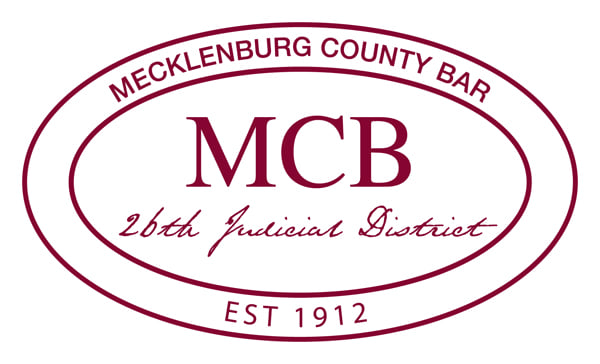 UPDATE: Governor Roy Cooper announced a new appointment for the 26th Judicial District Court on Friday, September 4, 2020.  Reggie McKnight will fill the District 26E seat vacated by the Honorable Regan Miller.  The term for this seat is set to expire on December 31, 2022.  This announcement follows the MCB’s judicial nominating election conducted March 11-25, 2020.

Voting for the 26th Judicial District Court Judicial Vacancy Election closed at 5 p.m. on Wednesday, March 25, 2020.  A total of 1316 MCB members submitted ballots in this election, and 35 affirmatively abstained from voting.   The names of the nominees, in order of finish and with the weighted value* of the vote totals, have been submitted to the Governor for consideration in filling the vacancy pursuant to North Carolina General Statutes § 7A-142.  Those nominees are as follows:

PLEASE SEE BELOW FOR INFORMATION ABOUT THE ELECTION POSTED DURING THE VOTING PERIOD:

A judicial vacancy election of the 26th Judicial District Bar (the MCB) will be conducted electronically March 11-25, 2020 to select nominees for District 26E.  This vacancy is due to the retirement of Chief District Court Judge Regan A. Miller, whose term was set to expire on December 31, 2022.  Effective April 1, 2020, this vacancy will be filled through the process set forth in N.C.G.S. § 7A-142.

Nomination Candidates* for the Miller Vacancy:

The voting period is Wednesday, March 11, 2020 at 8 a.m. through Wednesday, March 25, 2020 at 5 p.m.  While all active MCB members have received this election notice, under N.C.G.S. § 7A-142, only those MCB members who reside in Mecklenburg County are eligible to vote in this election.  Therefore, the ballot requires verification of residency and an acknowledgment that misrepresentation as to residency is a violation of the North Carolina Rules of Professional Conduct.  If you do not reside in Mecklenburg County, you are not eligible to vote.

On the first day of the election period, an online voting system vendor, Simply Voting, sent all active MCB members a link and voting credentials (a unique username and password) to access the electronic ballot.  This information was sent to the e-mail address you have on file with the MCB.  Please add vote@simplyvoting.com to your safe senders list.

At the closing of the voting period, the MCB President will review and certify the results.  The names of the top five candidates, in order of finish and with the vote and abstention totals, will be sent to the Governor of North Carolina for consideration.  The full results may also be shared.  Even if the district bar does not have five candidates, the MCB is still required to conduct the election.

*Candidate Eligibility and Deadline.  The General Assembly in Session Law 2018-14 (amending N.C.G.S. § 7A-133) divided Mecklenburg County into eight separate electoral districts for District Court Judicial seats.  District Court Judges were required to run in these new districts in the 2018 general election.  A recent consent order in Alexander v. North Carolina State Board of Elections (Wake Co. Sup. Ct., Nov. 27, 2019) requires that the State Board of Elections allow any candidates from within Mecklenburg County to run in the upcoming primary elections, suspending the use of the judicial districts established by S.L. 2018-14 for the election.  However, the Alexander order does not apply to vacancies that arise in the interim.  Therefore, to qualify as a nominee for this vacancy, the candidate must be a resident of District 26E (as defined in N.C.G.S. § 163-57), and duly authorized to practice law within the 26th Judicial District.  Click here to view a map of the new electoral districts.

Any member interested in being a candidate for this vacancy must have submitted a written notification of his or her intention to appear on the ballot and provided proof of residency, such as a copy of his or her driver’s license, to the MCB’s Judicial Nominating Committee c/o Associate Executive Director Shannon R. Reid.  Notification was to be emailed to candidate@meckbar.org  no later than 5 p.m. on Friday, March 6, 2020.