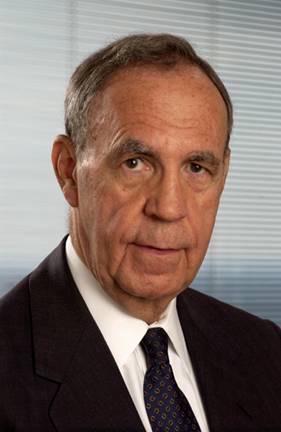 Russell M. Robinson, II, founded Robinson Bradshaw & Hinson, PA. He concentrates his practice in the areas of corporate and commercial law, securities, and charitable foundations and other nonprofit organizations.

Mr. Robinson has served the legal profession in a variety of volunteer positions, including Chair of the Business Corporation Act Drafting Committee of the North Carolina General Statute Commission, Chair of the Committee on Civil Justice of the Commission for the Future of Justice and the Courts in North Carolina, President of the Mecklenburg County Bar, member of the Board of Governors and the Executive Committee of the North Carolina Bar Association, and Director of Legal Services of Southern Piedmont. He is a member of the American Law Institute and a Fellow of the American Bar Foundation.

He has also been very active in the community, serving in leadership positions on the boards of The Duke Endowment, of , Christ Episcopal Church, the Charlotte Chamber of Commerce, Presbyterian Hospital Foundation, Southminster, Inc., Wing Haven Foundation, Charlotte City Club, Charlotte Speech & Hearing Center, Florence Crittendon Home, Goodwill Industries of the Southern Piedmont, Junior Achievement of Charlotte, and the YMCA Metropolitan Board of Directors.

Among Mr. Robinsons many public service awards are the North Carolina Bar Associations John J. Parker Award for Conspicuous Service to the Cause of Jurisprudence, the s Charles S. Rhyne Award for Significant Contribution to Public Service, and an honorary Doctor of Public Service from the of at .

He received his law degree from in 1956. He was Order of the Coif. His book, Robinson on Corporation Law (7th ed.), is considered the leading treatise and resource on corporate law.

Mr. Robinson has been married to Sally Gossett Dalton Robinson for 53 years, and they have three children.