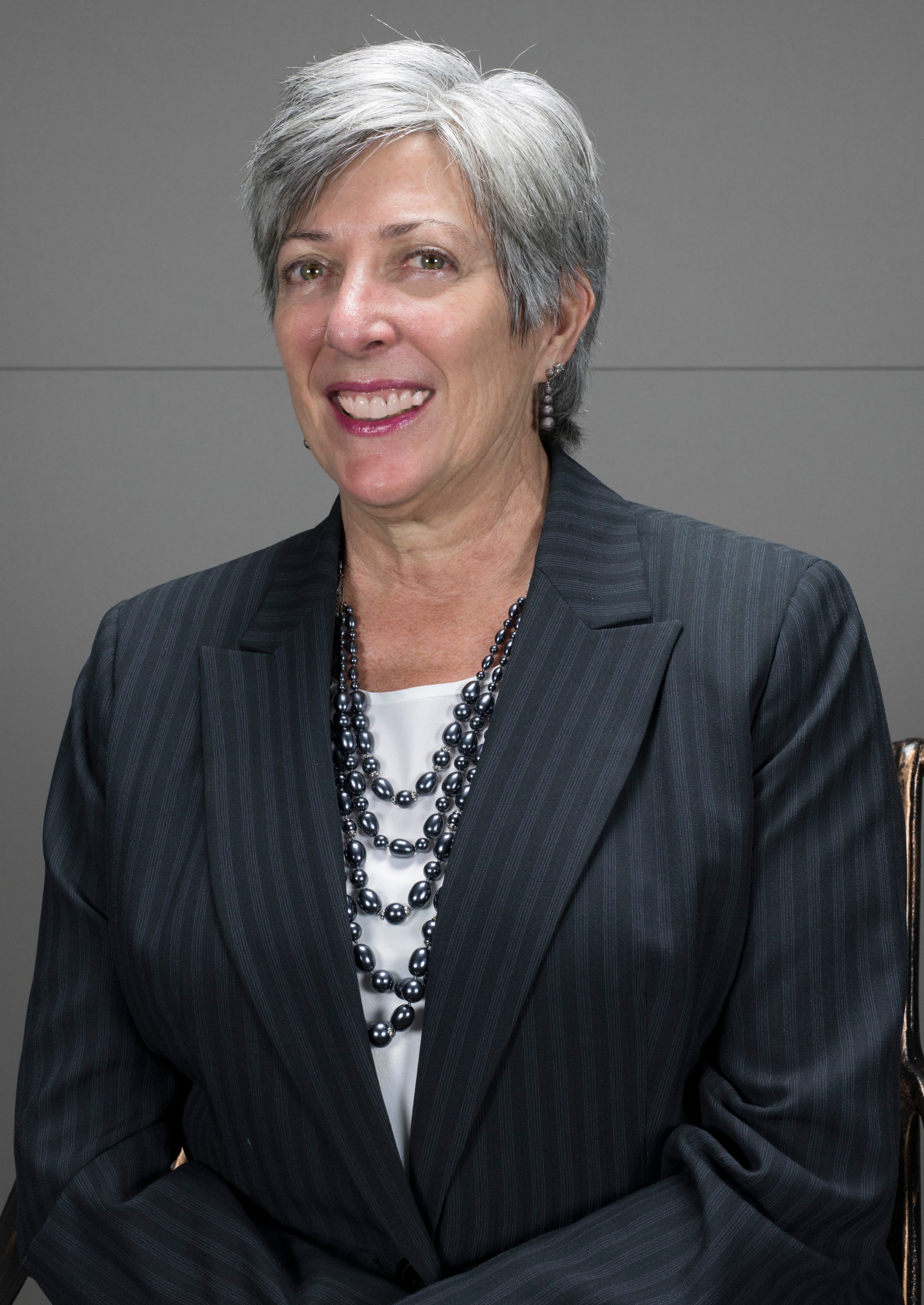 How many of us drove a Charlotte school bus at age 16 during integration of the schools and society, became a mom to 3 children in less than a year, graduated from UNC-Chapel Hill but worked to promote Duke, played cello in a bluegrass band, can “roll” a kayak and lead an organization consisting of more than 5,000 lawyers? The answer is one, only one of us; her name is Nancy Roberson, and she’s now in her 15th year as the Executive Director of the Mecklenburg County Bar and Mecklenburg Bar Foundation.

Oftentimes, the sign of a well-led organization is that we all know it runs along nicely, but we don’t have cause to really consider who is running it and what they are doing every day to ensure its continued success. Strange, then, that being taken for granted can be a compliment in some ways. My interview of Nancy helped me to get to know her better, and I hope this article does the same for all of its readers.

Nancy holds positions of great responsibility and import. She must balance the hopes, desires and demands of over 5,000 lawyers while ensuring that MCB complies with all laws, regulations and directives. This includes doing the things that MCB must do, avoiding the things that MCB cannot do and navigating the sometimes choppy waters in between those two extremes. Attorney Shannon Rae Reid is MCB’s Director of Compliance & Ethics, and thus plays a key role in keeping MCB on the proper path. Shannon describes Nancy as “thoughtful, resilient, down-to-earth, and clever”, notes Nancy’s sense of humor, and believes Nancy to be an exceptional Executive Director.

Upon returning to Charlotte in 1996, Nancy began to work for Thompson Children’s Home (now known as Thompson Child and Family Focus), where she served as Senior Vice President. A nonprofit, Thompson assists at-risk children and families through clinical and behavioral treatment, developmental education, and proactive care. (Yes, we did joke about whether this role, as well as her degrees and studies, prepared her for dealing with lawyers.) She was hired as the Executive Director for MCB and MBF in 2003 and began her duties on June 16, 2003, according to the July 2003 edition of the Mecklenburg Bar News. Frank Emory was MCB President at the time; back then he correctly predicted that we could “reasonably expect great things from her leadership” and today he notes that Nancy has provided a steady hand in her leadership position and has a crowning achievement in the Bar & Foundation Center.

One of the most important roles of an executive director is to lead long-term planning efforts; keep in mind that Nancy has to do so while incorporating and adjusting to new MCB and MBF presidents, and at least a partially new set of MCB and MBF officers and board members, each and every year. Most of us don’t realize that our wonderful and still fairly new Bar Center was under consideration from the moment Nancy took the job at MCB/MBF. The great recession delayed this remarkable achievement, but ultimately the vision, planning and persistent efforts paid off, with attorneys Bill McMullen and Pender McElroy having served as co-chairs of the Future Bar and Foundation Center Committee. Pender explained that they appreciated Nancy’s good business sense, hard and effective work, and prioritization of the best interests of the two organizations and their members.

Although I cautioned Nancy not to be too modest, she continuously insists that the level of support from MCB members and the MCB staff is what allows her to be successful in her jobs. She remarked on the amazing amount of time, effort and expertise that MCB members voluntarily contribute. This caused me to consider that although in a perfect, imaginary world we would pay no Bar dues at all, without the free contributions that MCB members and others make, our dues would be much higher; I now have an even deeper level of respect for those who help as much as they do. Jamie Wells is one such contributing member (he’s currently on the Board of Directors) who has interacted with Nancy over the years. He has been impressed with Nancy’s organization skills, attention to detail, ability to communicate effectively and willingness to discuss relevant issues and truly listen when doing so.

When I asked Nancy what she hopes MCB members realize about MCB, her response included that MCB exists for its members – it’s ours and our active participation in this professional organization results in benefits to both ourselves and others. I also inquired as to her perspective on changes to MCB that we members may want: “This is your Bar. If you’d like to see changes, we’d love to have you get involved and help us change it for the better.” We then shared a good-natured laugh about the challenge of trying to satisfy 5,500 lawyer members, but I probably missed an opportunity by not asking her to compare our legal community to Game of Thrones (we’ve both read the books and watched the show).

Speaking of Charlotte-Mecklenburg’s legal community, we’ve seen many changes over the past 15 years. As Executive Director, Nancy has experienced: the advent of the millennial generation into the legal profession; the dramatically increased impact of technology; the many consequences of the great recession; the birth and growth of the Charlotte School of Law and the fall-out from its demise; the transition to the current Bar Center; and the further diversification of the legal community and its leaders. While discussing the shifting demographics in the legal industry, Nancy pointed out that the very first MCB President was a woman (C.H. Duls, back in 1912), and of course our current MCB President (Heather Culp) is a woman, as is our President-Elect (Timika Shafeek-Horton).

Ultimately Nancy wants what we all want, an active, energetic, and professional Bar which rewards those who participate. When Nancy started with MCB in 2003, she commented “there is a nobility in the practice of law and there are a lot of opportunities for the future.” Those words resonate today, 15 years later, and between Nancy, MCB and each of us individually, we can and should continue to make those words true for the next 15 years and beyond.