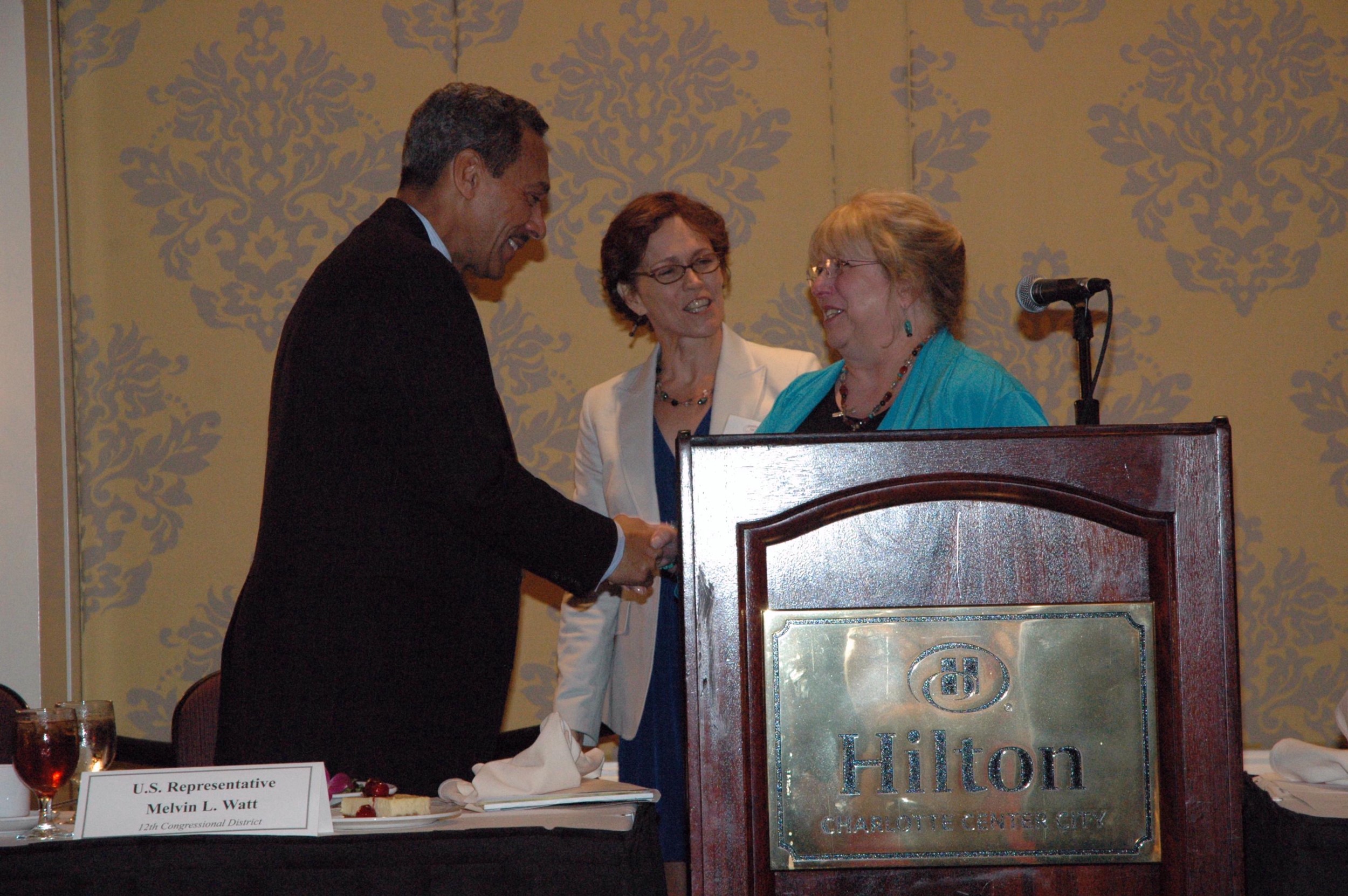 Myra Clark,  executive director of the Center for Communities in Transition (CCT), received the 2013 Liberty Bell Award at the MCB Law Day Luncheon on May 2, 2013.  This annual award recognizes an individual who has performed community service that has strengthened the American system of freedom under the law. Ms. Clark has dedicated a quarter century in service to our community, especially to a group that is often underserved.

Myra began working with CCT 25 years ago and has served as its Executive Director since 1998. CCT's primary goal is to assist those who have been incarcerated with their re-entry into society. Her work with this organization epitomizes at least two of the pillars of the Liberty Bell award: encouraging greater respect for the law and courts, and stimulating a deeper sense of individual responsibility so citizens recognize their duties as well as their rights.

In its work with current and former inmates, CCT operates on the premise that former inmates need community, employer and family support in order to successfully re-integrate into society. It also maintains that successful integration of former inmates makes our communities safer by lowering the rate of recidivism.

CCT hosts several programs to assist the community. CCT's employment program helps individuals with criminal records obtain the training, skills and resources needed to secure employment. The Center's family support program provides mentor and other support services to children of incarcerated parents, alongside classes for the parents in maintaining relationships and parenting skills. CCT's women's center provides housing for 30 female inmates nearing the end of their sentence and allows these women to pursue jobs through work release. Eighty-seven percent of women released from the women's center have remained out of jail, compared to sixty percent of those who did not participate.

In addition to her vision and work with CCT, Ms. Clark is a community activist who connects with people in political, legal, religious, employment and other spheres to change perceptions about members of our community with criminal records. Her work promotes the chances of success for inmates re-entering the community and earned Myra a position on the Governor's StreetSafe Task Force in 2009.

Those who work with Myra Clark describe her as thoroughly dedicated, thoughtful and intelligent; she exemplifies great integrity, compassion and selflessness. She has devoted herself to her work and CCT, providing assistance to an otherwise overlook and shunned population. Her efforts have impacted thousands of individuals, aiding them in their efforts to rebuild their lives and families, commit to being crime free and reintegrate into society as productive citizens.