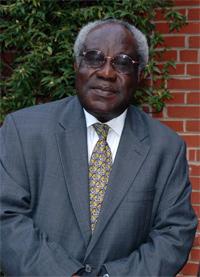 When Julius Chambers opened his law practice on in June 1964, he joined a community starkly different from the one we know today. Today, we live and work in a community where individuals volunteer to attend training classes on diversity.

We belong to a Bar that has a special committee charged with increasing opportunities for attorneys of diverse backgrounds. We work in law firms and corporate law departments that have pledged to recruit and retain such attorneys. A substantial number of our Bar members actively mentor and encourage young students of diverse backgrounds to enter the legal profession.

This was not, however, the that Julius Chambers found upon his arrival in 1964. In fact, the practice he began that year would become the first integrated law firm in history. Since then, Chambers has worked tirelessly and, in several cases, in clear disregard of his own needs and safety to improve the lives of members of our community.

Within a year of opening this law practice, Chambers' car was dynamited and his house was firebombed. Nevertheless, Chambers persisted in his work and the law firm he founded, now Ferguson, Stein, Chambers, Gresham & Sumter, P.A., went on to successfully litigate some of the most significant civil rights cases of our time and to produce, among others, trial and appellate judges, state senators, the state's first appellate public defender, and a member of the United States Congress.

In 1965, 10 years after Brown v. Board, 347 483 (1954), two-thirds of the schools within Charlotte-Mecklenburg Schools (CMS) remained almost completely racially segregated. Thus, only one year after founding his law practice, Chambers filed a class-action lawsuit against the CMS Board, Swann v. Charlotte-Mecklenburg Board of Education, 402 U.S. 1 (1971), and after six years of fighting, successfully obtained a ruling from the U.S. Supreme Court noting an affirmative duty to dismantle racially segregated schools and sanctioning the use of busing in carrying out this duty.

The same year he argued Swann before the Supreme Court, Chambers' law office was firebombed. Again, Chambers resolved to continue to work for the improvement of our community and went on to argue some of the Supreme Courts most significant Title VII employment discrimination cases.

In addition to his service as a litigator, Chambers went on to work to advance diversity through his organizational leadership. In 1984, he left to become the third Director Counsel of the NAACP Legal Defense Fund (LDF). His two predecessors were Thurgood Marshall and Jack Greenburg. As Director Counsel, Chambers lead the LDF as it actively sought to defend civil rights legislation and affirmative action programs.

In 1993, Chambers returned to to become Chancellor of North Carolina Central University, his alma mater. Under Chambers' stewardship, the University launched a $50 million capital fund-raising campaign and established 10 endowed faculty chairs, including the Charles Hamilton Houston Chair at the .

In 2002, Chambers became Executive Director of the Center for Civil Rights at the of at . The Center works for the advancement of civil rights and social justice, with an emphasis on the American South.

Chambers has since resumed his litigation practice at the firm he founded here in . It was in this context, in 2004, that I had the honor to witness, firsthand, Chambers' hard work and dedication to his clients. Time and again, I witnessed Chambers work all hours to fight for his clients and to help bring them justice.

He would finish a hearing or submit a brief and immediately turn to preparing for the next case.

While some people might believe that an attorney of Julius Chambers' stature would only work on the largest and most exciting cases, Chambers takes all cases--there are none too big nor too small--on behalf of those who suffered injustice. I have watched Chambers work tirelessly on small administrative proceedings and on large class action employment disputes.

This relentless dedication to serving clients and improving our community, without regard to personal glory or even personal safety, has served as inspiration to me and to countless other members of our community. Our law firms, law departments, businesses, schools, and, for those of my generation, the very opportunities we have enjoyed in life are in no small part the product of these great attributes, determination, and zealous advocacy.

On April 22, 2008, during the annual dinner celebrating the legacy Judge James B. McMillan (who presided over the Swann case), we as a Bar had the honor to publicly thank Mr. Chambers for his contributions to our community by presenting him with the first annual Diversity Champion Award. This award will now be known as the "Julius L. Chambers Diversity Champion Award," and will be presented annually at the McMillan Fund Dinner to individuals who embody high ethical standards, unquestioned integrity, and consistent competence and who help promote the ideals of diversity in the legal profession.

It is our hope that presenting this award will enable us, as a Bar, to not only honor the work of those who have helped to make our community what it is today, such as Julius Chambers and Judge McMillan, but to also inspire and encourage others to help make our community even better.