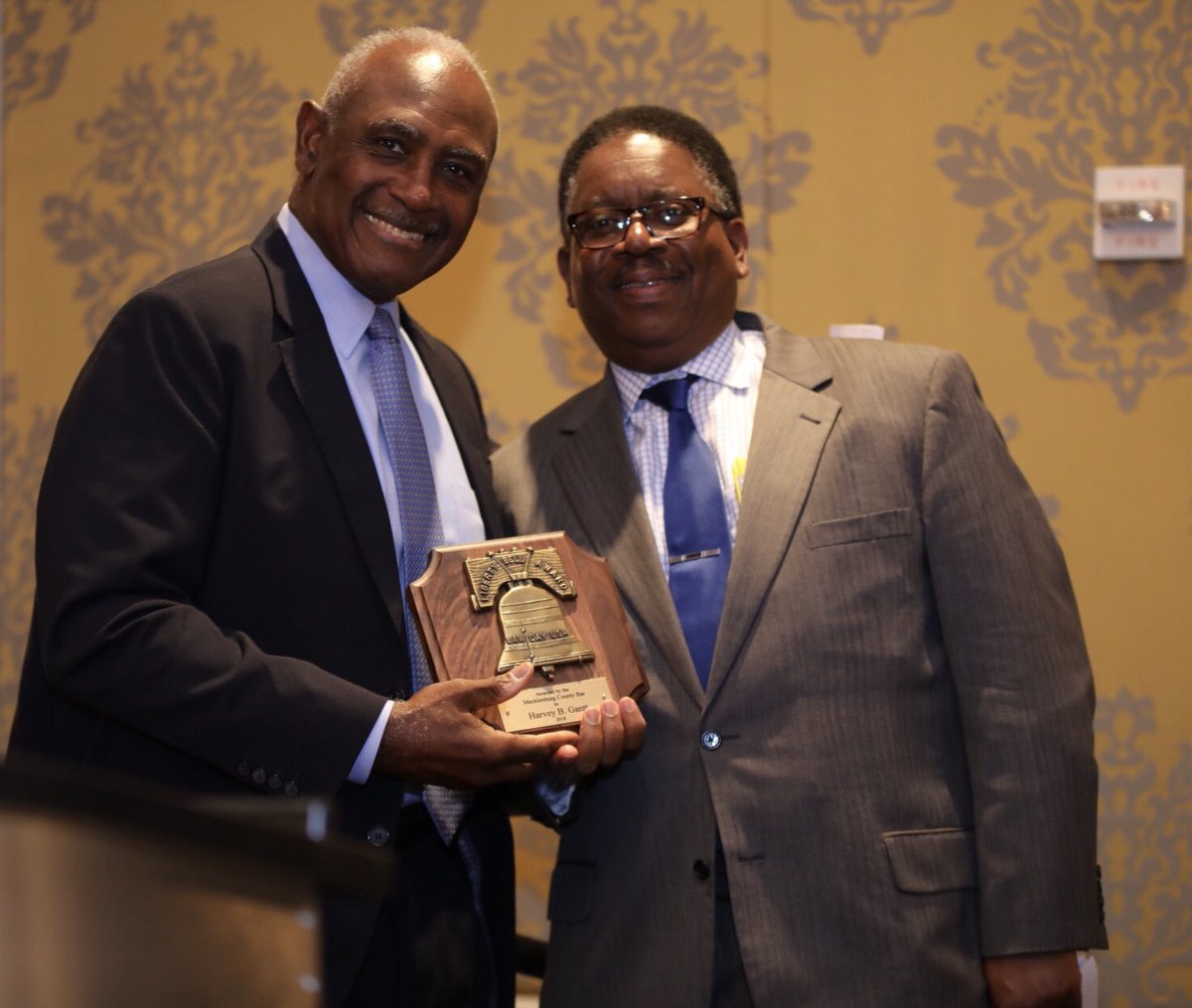 Harvey B. Gantt, a former Charlotte mayor and city councilmember, a nominee for the United States Senate, an accomplished architect, and a dedicated community activist, received the 2018 Liberty Bell Award at the MCB Law Day Luncheon on May 3, 2018.

Mr. Gantt is a seminal public figure of his generation. From his activism as a youth in Charleston, South Carolina, to his integration of Clemson University in 1963 to his service as a pioneering Charlotte mayor and as city councilman to his stellar career as an architect, Mr. Gantt has been (and continues to be) pivotal in the promotion of freedom under the law in Mecklenburg County, in North Carolina, and beyond. Mr. Gantt has made, and continues to make, a powerful and lasting impact on the legal and political history of our region.