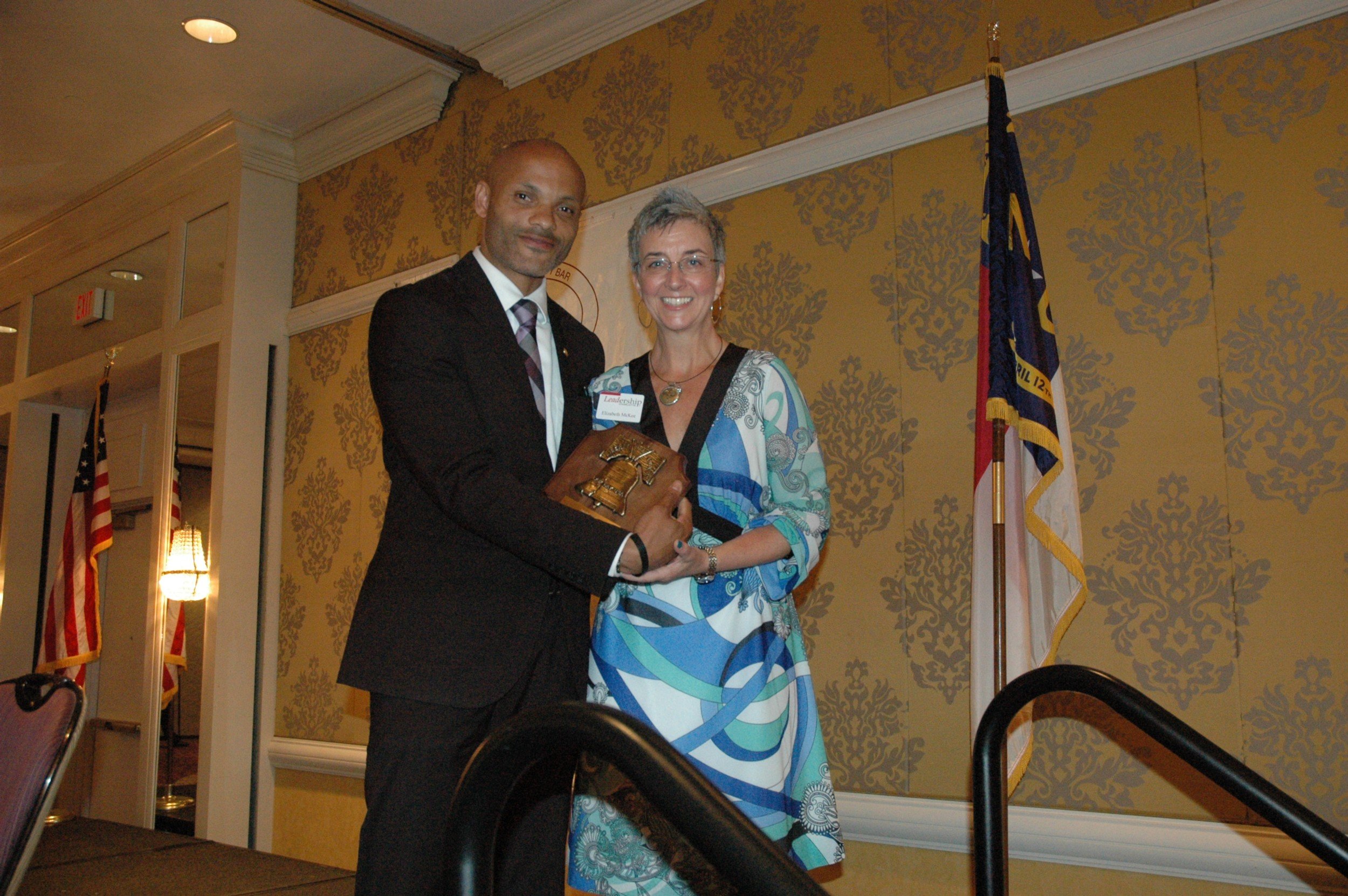 Elizabeth N. McKee, executive director of Leadership Charlotte, received the 2015 Liberty Bell Award at the MCB Law Day Luncheon on May 7, 2015. Ms. McKee has devoted nearly a decade of service to strengthening the Charlotte-Mecklenburg region by building an inclusive community of highly impactful leaders.

Ms. McKee helps leaders learn about their constitutional rights and the rule of law and provides resources to become engaged in our community. Ms. McKee's creative approach to the Justice Day & Government Day programs is just one example of the work she does that strengthens both the legal community and the community at large. Justice Day teaches participants about justice by hearing from prosecutors, judges and organizations, as well as through a police ride-along or jail tour, fostering respect for the rule of law and the courts. It encourages participants to find their voice in the justice system. Government Day provides insight and opportunities to learn about local government and the tough decision-making processes that affect the rule of law. These are just a few examples of the ways in which Ms. McKee exemplifies the ideals of a Liberty Bell Award winner.