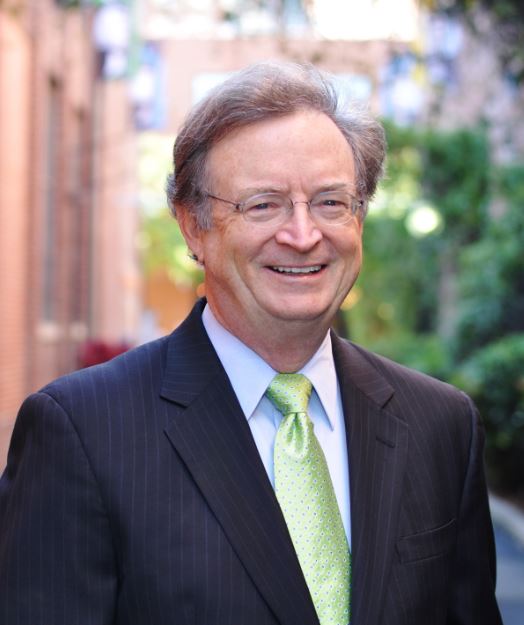 Edward G. “Woody” Connette, a native of Wilmington, NC, graduated with honors from Davidson College in 1974 and received his law degree from the University of North Carolina School of Law in 1977. After graduating, Woody relocated to Connecticut, where he worked for the Legal Aid Society of Hartford, before returning home to NC in 1980. Connecticut’s loss was our gain, as Woody has spent the past 37 years here building a nationally recognized civil litigation practice that emphasizes plaintiffs’ ERISA, complex personal injury and class action litigation.

Woody has been an active member of the bar for many years. He was appointed to the Chief Justice’s Commission on Professionalism and has served on numerous boards, including the North Carolina Bar Association (NCBA), the Lawyers Mutual Charlotte Community Board, Legal Services of Southern Piedmont and Carolina Legal Assistance. In 2010, the NCBA recognized Woody with the H. Brent McKnight Renaissance Lawyer Award.

Woody has served on numerous community boards as well. Through his legal work, he developed a keen interest in health policy issues that led to his volunteer participation with a number of nonprofits, including a recent two-year term as the volunteer Executive Board Chair for the National Patient Advocate Foundation. He has also served on the boards for United Cerebral Palsy, Easter Seals/UCP of NC & Virginia, Carolinas’ Caring Connection, The Council on Adolescent Pregnancy, the Light Factory and Bare Bones Theater Group to name just a few.

Despite the demands on his time in both his practice and his community service, in 2016 Woody completed the extraordinary feat of hiking to the top of the highest peak in all 50 states. In a 2017 Charlotte Observer article, Woody contemplated the reason for pursuing this feat by saying, “I am convinced that this purpose-driven travel feeds an innate inquisitiveness. It’s a stew of desires, thickened with obsession and compulsiveness. We’re on the road, and we love it.” And it’s not just climbing the U.S. peaks that drives him. Woody has also completed the Ironman World Triathlon in Hawaii and the 60-kilometer Kepler Challenge, a mountain trail run in New Zealand.

In the words of his friends and colleagues, “Woody has consistently demonstrated his commitment to the profession and to this community through his unwavering dedication to his clients, the professional demeanor he affords his colleagues in the legal community, the model he is to younger lawyers, and the devotion he has for serving those in need. His passion for helping others is unmatched...his service is awe-inspiring.” In fact, years ago, while Woody was out of the office, the staff at his firm purchased “WWWD?” wristbands—which of course stands for “What Would Woody Do?” That just about sums it up. It is for these reasons and many more that we are proud to award Woody Connette the 2017-18 Ayscue Professionalism Award.