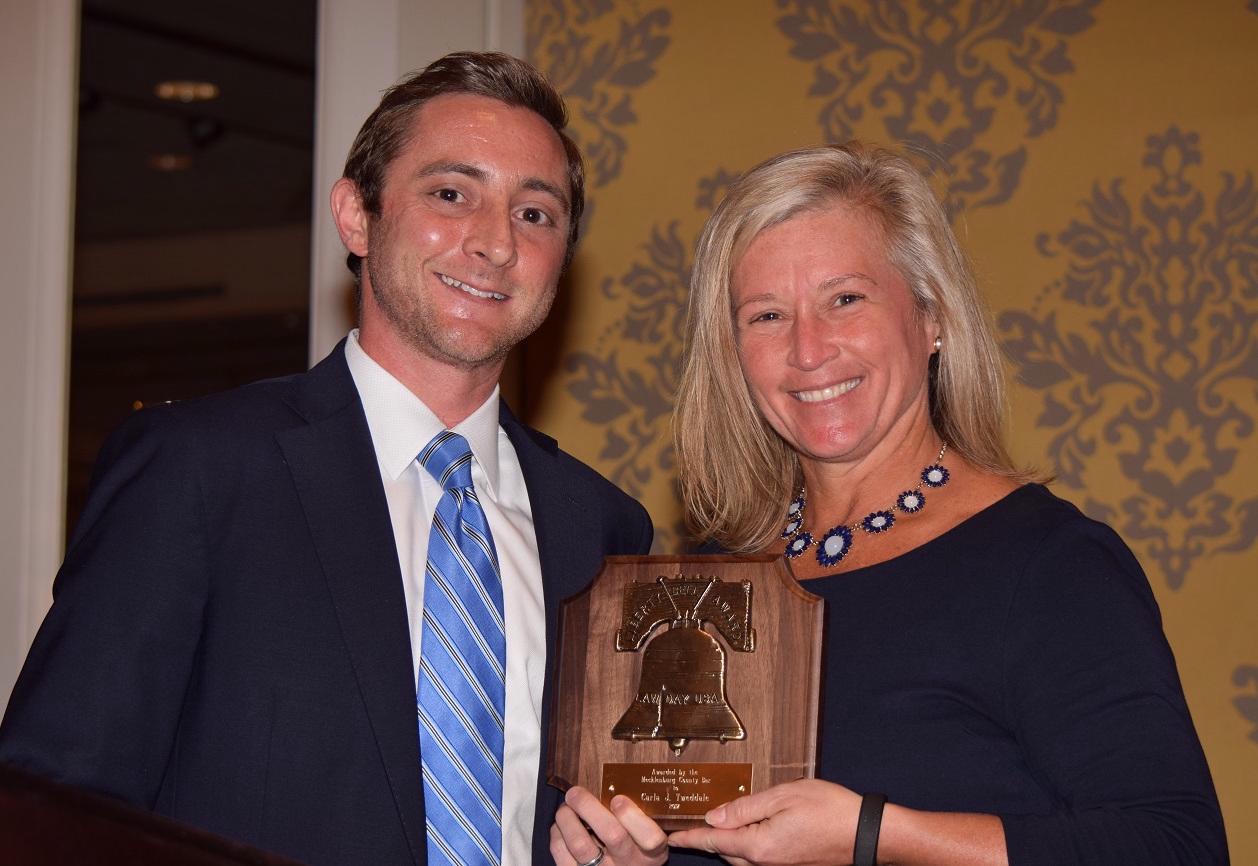 Carla Tweddale, the founder, Chief Executive Director and President of Lily Pad Haven, Inc, received the 2017 Liberty Bell Award at the MCB Law Day Luncheon on May 2, 2017.
The annual Liberty Bell Award recognizes an individual who has performed community service that has strengthened the American system of freedom under the law, including 1) promoting a better understanding of our Constitution and the Bill of Rights; 2) encouraging greater respect for law and the courts; 3) stimulating a deeper sense of individual responsibility so that citizens recognize their duties as well as their rights; 4) contributing to the effective functioning of our institutions of government; and/or 5) fostering a better understanding and appreciation of the rule of law.
Ms. Tweddale founded the nonprofit organization in 2011, after recognizing a need for adequate housing for survivors of human trafficking. Lily Pad Haven currently has four houses in the Charlotte area and is working to secure a fifth. They have helped 47 human trafficking survivors transition emotionally and physically back to normal life, while providing over 4,600 safe nights for their guests. She is currently pursuing her Master’s Degree in non-profit administration while also working as a flight nurse, saving the lives of those who must be air evacuated by helicopter to local hospitals. Ms. Tweddale has volunteered over 3,200 hours in the past two years alone, providing a setting of comfort and protection to one of the most vulnerable populations and working nationally to bring awareness to the epidemic of human trafficking. These are just a few examples of the ways in which Ms. Tweddale exemplifies the ideals of a Liberty Bell Award winner.