This CLE will be offered at a discounted rate to members of all MCB Sections. Please contact Sonja Lucas (slucas@meckbar.org) with any questions regarding section membership.

When a new advancement in technology is announced, those working within legal systems must rapidly prepare for how it will be misused to inflict harm, manipulate evidence and alter fact patterns.  Historically, this has been true following the innovations of the Internet, social media, smartphones and more.  Artificial intelligence is no exception, driving harmful new advances in the field of digital impersonation -- such as 'Deepfake' videos.

For example, this technology is used to make it falsely appear a victim was in a pornographic video they were in fact not in; alter audio or video evidence and perpetrate cybercrime. This development puts technologically sophisticated tools in the hands of unsophisticated bad actors and it is proliferating rapidly.

Learning Objectives -- By the end of this session participants will be able to: 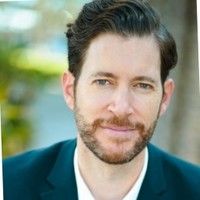 As the founder of EndTAB.org (Ending Technology-Enabled Abuse), Adam’s work is characterized by his dedication to addressing the existing and future threats posed by technology to victims of crime and gender-based violence. He has written and presented extensively on cyberstalking, technology-enabled abuse, non-consensual pornography, co-authored a domestic violence advisory on the emerging threat of ‘deepfakes’ and created the first resource guide for victims of Nonconsensual Deepfake Pornography. Adam spends a great deal of his time delivering innovative technology-enabled abuse trainings and presentations to universities, non-profits and government agencies around the world.

Dedicated to advancing impact legislation and public policy, he sits on the Policy Advisory Council for the California Partnership to End Domestic Violence. He co-authored The Empowered Woman’s Guide to Divorce and has contributed to features in the Washington Post, New York Times, Wall Street Journal, SELF Magazine, Los Angeles Times, Gizmodo, GQ and others. A frequent speaker and lecturer at universities and national conferences, he is also a special advisor to the Coalition Against Stalkerware. Adam is a licensed attorney in California, and earned his B.A. from UC Santa Barbara and his J.D. by way of McGeorge School of Law and Hastings College of the Law.

Credit has been approved with the North Carolina State Bar, Board of Continuing Legal Education for 1.50 Technology credits.