What does Walt Disney, Johnny Cash and your little sibling have in common? They all know how to tell good stories! And everyone loves a good story, including courts. This class, for all attorneys but especially for those communicating with courts, explores how the art of storytelling can be accomplished in your complaints, pleadings, and memos. You will not ever rush through a statement of facts section again after taking this class! The goal? To make your legal writing into a real page turner that the court will not be able to set down. 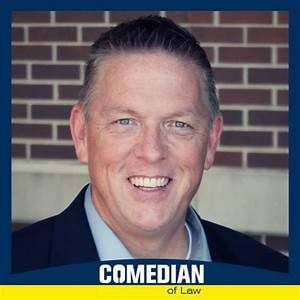 Joel Oster is a seasoned litigator and regular speaker to attorneys and non-attorneys alike. He previously served as senior counsel with Alliance Defending Freedom at its Kansas City Regional Service Center. While at ADF, he was counsel for the Town of Greece, New York in the landmark case Galloway v. Greece.  Joel argued the case before the United States District Court for the Western District of New York and the Second Circuit and was part of the legal team presenting the case to the U.S. Supreme Court where they successfully defended the Town against a challenge to its practice of opening its sessions with an invocation.

Currently, he is in private practice in Kansas City, specializing in constitutional litigation, campaign finance, sports law, and appellate advocacy.

He earned his J.D. in 1997 from the University of Kansas School of Law and is admitted to the bar in Kansas, Missouri, Florida, and numerous federal courts.

Joel has spoken to thousands of attorneys across the United States and has learned from their successful and unsuccessful legal practices.  Joel brings this practical perspective to all his seminars.