The Tiger King Trial: Murder for Hire, the Prosecution of Joseph Maldonado-Passage

Tiger King was the number one rated show on Netflix drawing over 34 million viewers in its first 10 days.  However, the documentary reveals only part of the story.  In this interactive presentation attendees will learn the complete story of the trial of Joseph Maldonado-Passage for two counts of Murder for Hire in violation of 18 U.S.C. 1958 (a) and several wildlife offenses.  We will examine the trial testimony and discuss the prosecution attempts to use other acts evidence to show defendant’s other attempts to solicit a hit on Carole Baskin, their attempt to protect the identity of the undercover FBI agent, and their efforts to prevent the defense from introducing evidence that someone else had committed these offenses.  Attendees will review defense attempts to dismiss the indictment and prevent the joinder of wildlife offenses with the murder charge.  Attendees will also discuss how to impeach the victim, Carole Baskin, the informant, James Garretson, and the hit man, Allen Glover.  We will discuss the strength of the government’s case, the theme of the government’s case, possible defenses such as entrapment, defense strategy at trial, and whether there was sufficient evidence to support the jury’s verdict.  The goal of this seminar is to learn various criminal rules, evidentiary rules, defenses, and trial strategy while reviewing this fascinating trial. 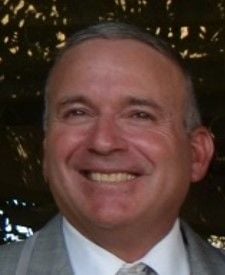 Philip Bogdanoff is a nationally recognized continuing legal education speaker.  He served as senior assistant prosecutor in the Summit County, Ohio Prosecutor’s Office for more than 27 years. Mr. Bogdanoff has experience with exotic animal cases when he prosecuted a case where an exotic animal owner was charged with a homicide after his 300 pound pet tiger killed a young family member.  He has taught at seminars sponsored by the National District Attorneys Association, Ohio Prosecuting Attorneys Association, and other prosecutor groups.  He has also done presentations for law enforcement officers, bar associations, and law firms.  Attorneys describe his presentations as interactive, engaging, useful, and entertaining.  More information about Mr. Bogdanoff is available on his website, http://www.philipbogdanoff.com/.

Credit has been approved with the North Carolina State Bar, Board of Continuing Legal Education for 3.00 General credits.