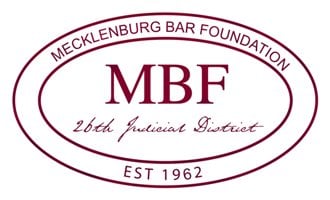 In 2018, the Mecklenburg County Bar Board of Directors approved an Executive Director Succession Plan, which outlined, among other things, the makeup of the Search Committee for the next MCB Executive Director. This committee was officially formed in March 2019 after the resignation of long-time Executive Director Nancy Roberson.