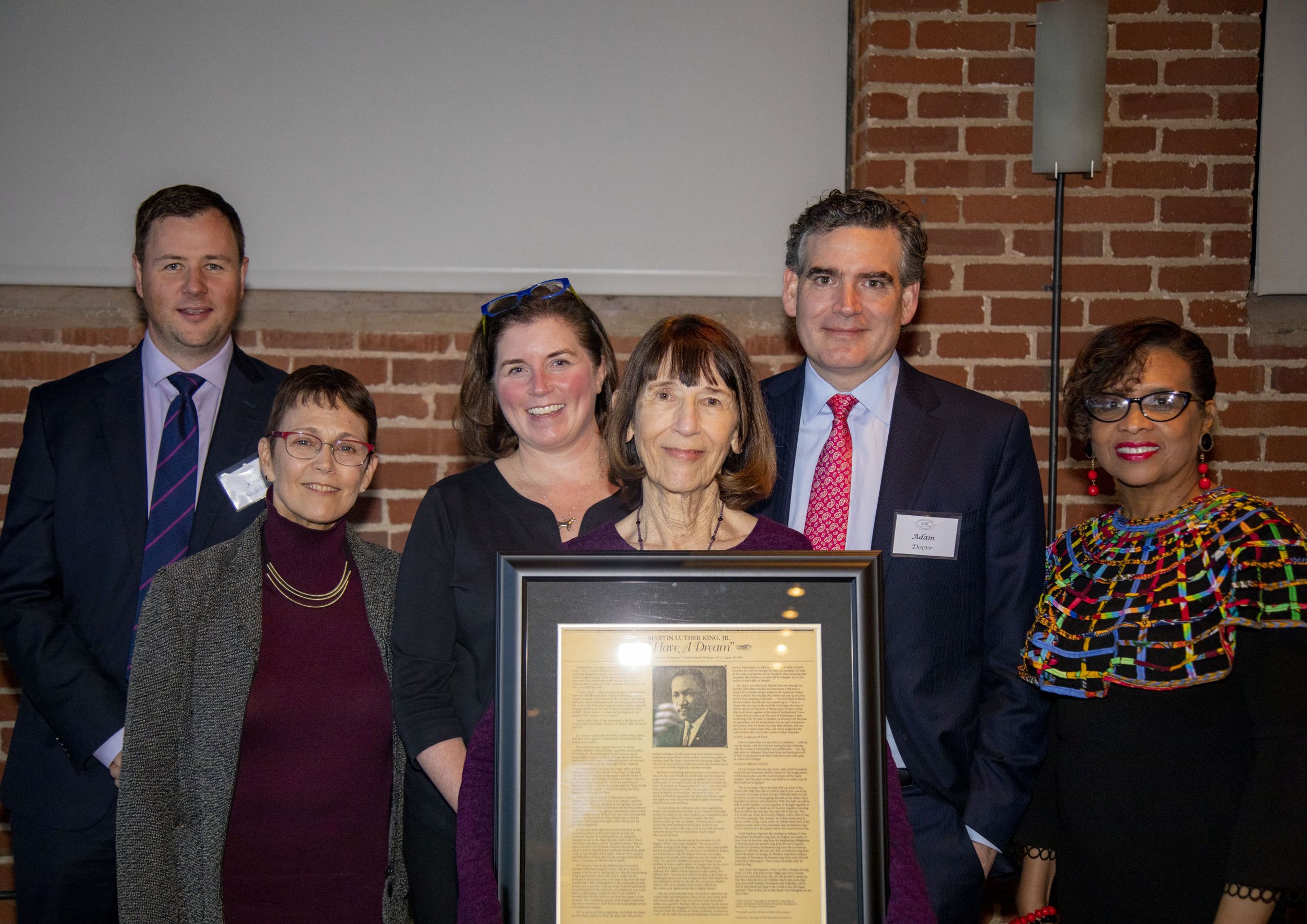 The Julius L. Chambers Diversity Champion Award, which celebrates persons in our community who have advanced the cause of diversity and equal opportunity, is being presented this year to Judge Jane V. Harper.

Judge Harper moved with her family to Charlotte in 1970 and quickly became involved in civic activities, such as public school issues to help the new pupil assignment plan succeed, the League of Women Voters, and working for local political candidates. She decided to get a law degree, seeing it as a way of making a meaningful difference in the lives of women. In 1977, at the age of 37 and with two young children, she began three years of commuting from Charlotte to Chapel Hill. She graduated from UNC School of Law with honors in 1980, a member of the Law Review and the Order of the Coif.

Beginning in 1980, Judge Harper was a staff attorney with Legal Services of Southern Piedmont for four years, where her clients were disproportionately African American and female. She then spent six years in private practice before winning a contested seat on the Mecklenburg County District Court bench in 1990. She worked in every courtroom as a district court judge but distinguished herself in family court. She successfully advocated for the creation of separate domestic violence, civil and criminal courtrooms. She also led the creation of the Self-Serve Center. In 1994, she led a task force to develop more expeditious case management for family financial cases. Twenty-five years later, many of the family court rules that practitioners take for granted had their origin in the work of that task force. Judge Harper retired in 2006 and continues to serve as an emergency district court judge.

She received the NC Association of District Court Judges’ first Lifetime Achievement Award and the Order of the Long Leaf Pine. She chaired the Mecklenburg County Domestic Violence Fatality Review and Prevention Team, which conducts “post mortems” on domestic violence deaths to analyze what happened, the warning signs, and what, if anything, might have prevented them, as a way of developing recommendations for social services, mental health, law enforcement and the courts.

In earlier years, Judge Harper served on the board and as president for what we now know as the Council for Children’s Rights. She chaired the City-County Domestic Violence Task Force, was president of the Charlotte Women's Political Caucus, and chaired the Mecklenburg County Women’s Commission’s Title IX task force. For many years during the 1970s and 80s, she made trips to Raleigh to lobby and march for ratification of the Equal Rights Amendment.

Judge Harper served on the NC Association of Women Attorneys board of directors and as its president in 1992.  The NCAWA honored her with its Gwyneth B. Davis Award in 1987 and its Judge of the Year Award in 2005.  Within the Mecklenburg County Bar, she has chaired the Professionalism, Lawyer Life and Culture Committee and served in other roles. She has served on the North Carolina Bar Association Board of Governors; as a member of NCBA’s Commission on Race Relations in the Profession; and on its Judicial Performance Evaluation Committee.  She currently serves on the North Carolina State Bar’s IOLTA Committee as its finance chair.