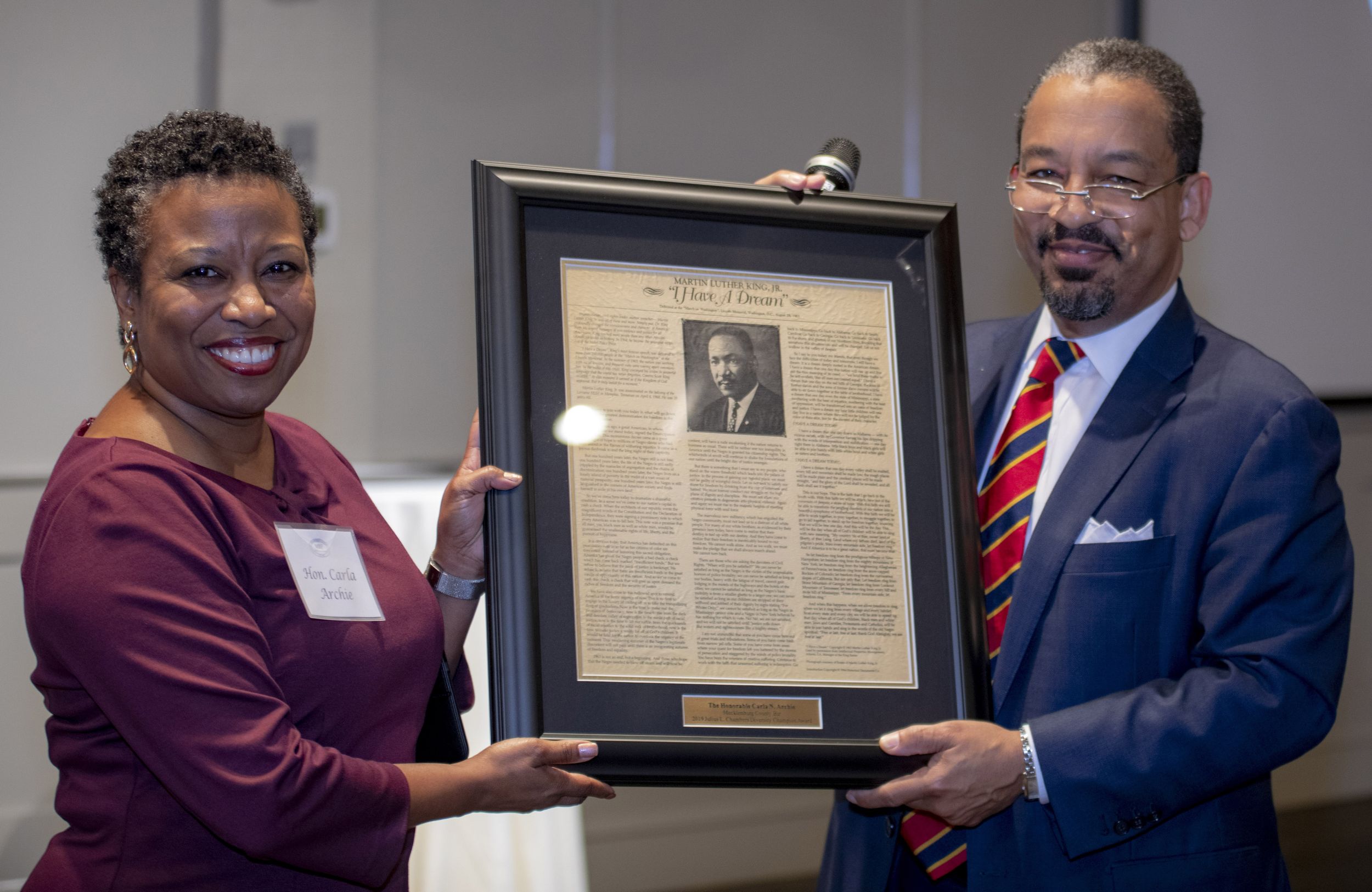 The Julius L. Chambers Diversity Champion Award, which celebrates persons in our community who have advanced the cause of diversity and equal opportunity, is being presented this year to Judge Carla N. Archie.

Judge Archie came to a career steeped in public service as a part of a family tradition. Her mother was mayor of Judge Archie’s hometown of Danville, Virginia. Judge Archie left Danville to attend Hampton University. From Hampton, she went on to law school at the College of William and Mary. She was president of William and Mary’s Black Law Students Association and spearheaded establishment of the Oliver Hill Scholarship which is now endowed to support minority law students at William and Mary.

Judge Archie, started her legal career as a prosecutor in Charlotte, North Carolina, and was promoted to Chief Assistant District Attorney in charge of felony drug prosecutions. She then transitioned into commercial litigation as Vice President and Assistant General Counsel for Wachovia Corporation.

Judge Archie went on to serve as Deputy Executive Director and the first General Counsel of the North Carolina Education Lottery, where she oversaw the agency’s supplier diversity program. She then returned to her commercial litigation practice as Senior Counsel for Wells Fargo & Company, where she co-chaired the law department’s diversity and inclusion committee.

In 2014, Judge Archie was elected to serve as a Resident Superior Court Judge for the 26th Judicial District of North Carolina. Over the years, Judge Archie has been deeply involved in the civic life of her community in Charlotte and Raleigh. She is a past president of the Mecklenburg County Bar Association, has served on the board of the Triangle Urban League, the Charlotte Center for Legal Advocacy, and the STARS Math and English Academy, a non-profit in Charlotte that provides additional educational services for at-risk children.

She has been recognized as an outstanding alumna of Hampton University, as Citizen Lawyer by William and Mary, and as one of Charlotte’s 50 most influential women by the Mecklenburg Times. She was recently selected to be a member of Duke Law School’s Judicial Studies LLM current class. Judge Archie has spent her adult life as a leader and path builder. When she received the Citizen Lawyer Award at William & Mary in 2016, Judge Archie said of her public service, “I don’t do it for honor or recognition. It’s simply in my DNA.”